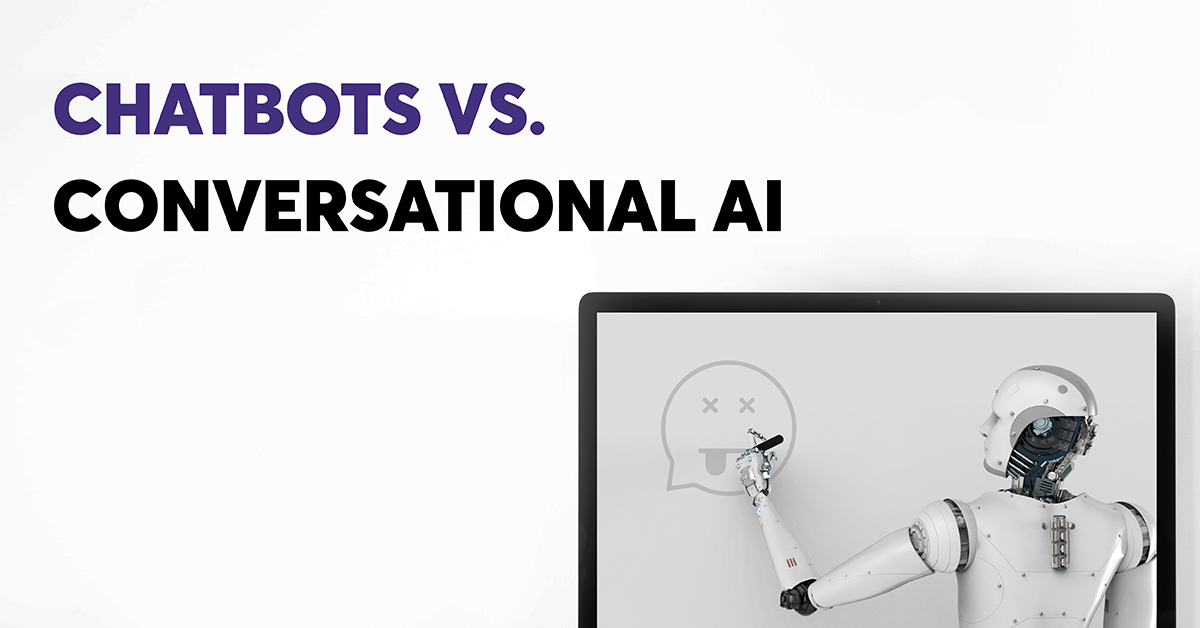 With all the hype and over-saturation, it would be easy to believe that chatbots as we know them today have been on the tech scene for the better part of a decade. The reality is, it’s only been about 3 years.

The first instance of a chatbot originated much earlier than that, however. In the mid-1960’s, deep within MIT’s Artificial Intelligence Laboratory, Joseph Weizenbaum was developing the first example of a chatbot, codenamed ‘ELIZA’. Utilizing pattern recognition algorithms, ELIZA was able to simulate computational understanding without actually having machine learning capabilities.

Ironically, Weizenbaum, widely regarded as one of the fathers of AI, developed ELIZA to showcase how superficial communication between man and machine really was. However, he was surprised to find how many testers attributed real, human feelings and the recognition of understanding to the chatbot, regardless of his rebuttals that ELIZA did not possess the capability for intelligent thought. ELIZA influenced many artificial intelligence researchers and pop culture references across the next half-century.

The true chatbot craze began in 2016 with Facebook’s announcement of a developer-friendly platform to build chatbots on Facebook messenger. Soon, chatbots were heralded as the next stage of the conversational revolution. Toolkits that helped you build a bot in five minutes grew popular, companies raced to the market with new bot announcements, and technology conferences headlined buzzword-driven keynotes about how bots would take over human jobs.

While the headlines were a bit overzealous, there was a strong underlying reason for the original development of chatbots: App fatigue. In fact, according to Statista, over 50% of U.S. smartphone users download an average of zero new apps/month.

In this engagement gap, enter: chatbots. Bots presented a new way for companies to adopt nascent natural language technologies to generate traffic, usage and engagement — the buzzwords of the app economy. Fueled by free platforms such as Facebook’s Wit.ai acquisition and others, developers and brands alike raced to jump on the post-app-fatigue bandwagon. Now, 300,000 bots litter the Facebook messenger landscape. While the effort brought focus and media glare, it’s safe to say the chatbot revolution did not go well, as most of these chatbots have been deemed useless.

What is a Chatbot?

So how is a chatbot defined? What separates it from a more advanced conversational AI solution? Chatbots are primarily natural language text interfaces that are constructed using rules that encourage canned, linear-driven interactions. They are typically easy to build and navigated by predefined flows. For example, instead of clicking on a menu of choices or speaking predetermined commands, you can type or talk as if you were having a normal conversation in natural language.

While these bots can have very specific purposes and tasks that they can succeed at executing, there are two large underlying problems with this model. The first of which is the specific rigidity of the learning models. As we previously stated, chatbots primarily consist of canned, linear interactions based around pre-determined flows of conversation. This requires specific request input and very little wiggle room for the bot’s understanding of conversation.

Expanding on this thought leads to chatbots’ second core issue: they cannot learn. Chatbots have specifically-designed conversation flows and are typically not ‘smart’ enough to utilize previous conversations to establish contextual information. As a result, every interaction with a chatbot will seem more or less the same, because the chatbot will not have grown, developed, or learned in between conversations.

“Most chatbots are glorified flowcharts fumbling forth from IF/THEN routines and are lacking in Natural Language Understanding (the ability to determine intent, implied meanings) which requires higher level cognition.”

What is Conversational AI?

Unsurprisingly, we have a lot of good things to say about conversational AI. TLDR: Conversational AI performs multi-turn conversations and executes judgment-intensive tasks just like humans. As chatbots failed to deliver on expectations, the enterprise market in particular has turned towards conversational AI platforms, especially in complex use cases such as banking, insurance, and telecommunications.

What specifically separates a chatbot from conversational AI? We can break it down a couple ways:

It can talk, text, and chat: Conversational AI should be available on voice, text or web, and it should be ubiquitous and seamless across channels. It can be available through Alexa, Google Assistant or even your company enterprise portal. Truly omni-channel interactions are the future, and they should be a priority for your business.

It can learn: A conversational AI solution should be able to use the abundant history available from existing enterprise interactions, including chat and voice transcripts, transactions and other preexisting corpora of enterprise data to learn. What’s more, you need AI that can converse, suggest, recommend and engage based on these learnings.

It can understand: Beyond chatbot capabilities, conversational AI should understand complex sentences of human speech in the same way humans do. Real human conversation is never straightforward — it is full of imperfections consisting of slang, multi-string words, abbreviations, fragments, mispronunciations and a host of other issues. Conversational AI is a form of technology that can be used to both navigate and comprehend these give-and-take interactions.

It knows: By integrating into your enterprise systems, conversational AI should know who you are. It can reference the previous transactions made by you and try to fix things. It can then use this history to make current interactions smoother, troubleshoot or solve issues in customer service, IT or invoice processing.

It can transact: Conversational AI is secure and can support sophisticated enterprise security considerations. It can be used to complete complex transactions, replacing humans beyond a mere shopping cart click. Examples of transactions that true conversational AI can manage include buying life insurance, processing a healthcare claim, troubleshooting Wi-Fi issues or approving a supplier invoice.

Wait, where do Virtual Assistants like Alexa or Siri fit in?

To put it plainly, somewhere in the middle. Like conversational AI, voice assistants like Alexa and Google Home all have omni-channel capabilities and possess contextual awareness. These assistants are able to take in stores of personal information from consumers such as voice recognition, cell phone data, and third-party media log-ins to provide what seems to be a fully conversational fulfillment experience. However, while these assistants can be extremely convenient and time-saving for millions of users, they lack in critical understanding and flexibility.

For example, if you were to ask Alexa to play the “Top 50” playlist on Spotify, Alexa would communicate with your linked Spotify account, identify the appropriate playlist, and begin playing your selected playlist through the speaker you originally communicated with. As efficient and convenient as this is, the ability of the assistant is limited to fulfilling singular tasks and requests. Without being prompted by ‘Hey Alexa’ or ‘Ok Google’, followed by the specific request of: “Play the Top 50 playlist on Spotify”, you’d still be sitting in a silent living room.

Conversational AI differentiates itself from these assistants by allowing the user a higher degree of freedom in how they speak. Combining sentiment analysis, emotional recognition, and continuous machine learning, Conversational AI permits non-specific requests and questions, and answers them by accessing both structured and unstructured data.

Making Decisions on Your Solutions

Intelligent conversational interfaces are the simplest way for businesses to interact with devices, services, customers, suppliers and employees everywhere. The rapid strides in AI and conversational solutions make it possible to carry on unique conversations with stakeholders at scale, delivering increasingly satisfying experiences that drive engagement and loyalty across a wide variety of business functions. In fact, according to Accenture’s 2018 Digital Research Survey, 56% of respondents say that conversational AI is driving disruption in their industry. Additionally, 43% of those surveyed reported their competitors are already in-progress with their AI implementations.

The benefits of applying your own conversational AI solution are not to be understated. In the span of 11 months, an insurance-based Avaamo customer’s AI assistant has interacted with over 1 million users, addressed around 1.5 million policy servicing queries and generated around 200,000 insurance leads for incremental revenue generation. Applying conversational AI solutions to your own vertical can appear challenging at first, but with the right framework and proper establishment, your team’s workflow can be drastically altered for the better before you know it. For more information and tips on how to set your AI solutions up for success, check out our resources page.